In the month of May, in Karwar, Ankola, Kumta, Honnavar and Bhatkal taluks in Uttara Kannada it is the season for "Bandi Habba," a folk festival.

Basically, it is a festival for farmers to evoke the blessings of village deities before sowing. It is also celebrated in honour of those killed in wars and "#mahasatis" who sacrificed their lives to uphold the village tradition. It is called "Bandi Habba" because in ancient days the deities were placed on a bandi (a cart with four wheels) and taken in a procession.

The presiding deity of the festival is the gram devata, Amma, also known as Shanta Durga, Bhoomitai and Kanchika Parameshwari. The festival is celebrated for eight to 12 days.

The festival brings people of different communities together. The festival can be a tourist attraction and provide opportunities to study the folk art, culture and tradition of the region. 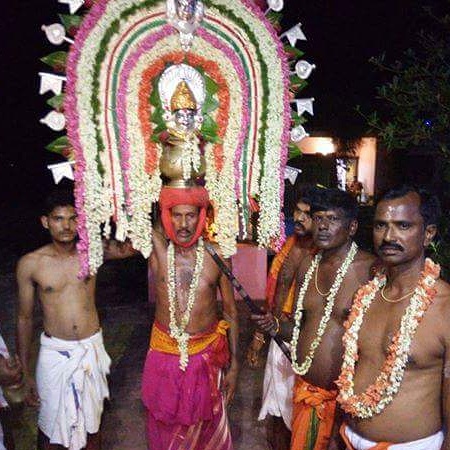 Posted by yogesa at 2:50 AM No comments: